Using technology to safeguard your customers (and your profits) post-Covid

While many non-essential businesses have now been able to open (albeit in a reduced capacity), one of the industries hit hardest by the Covid-19 pandemic—the hospitality sector—is still shut. Steps like the furlough scheme may have safeguarded many jobs, but it’s clear we have a long road ahead of us before things recover.

In this post, we’ll provide you with an overview of the situation and how you can start taking steps today to ensure your business is ready to open its doors ASAP.

What’s allowed in the hospitality and retail sectors (and what isn’t)? 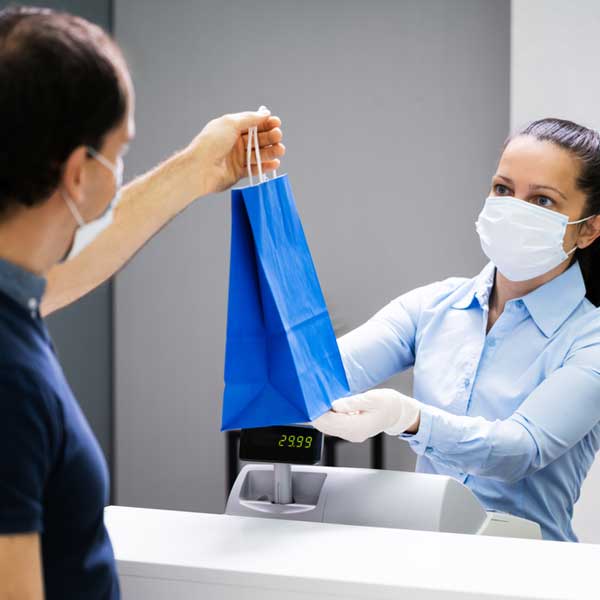 At the time of writing, the government is working toward opening up more of the hospitality sector on July 4th, with Boris Johnson expected to outline his plans later today for pubs, restaurants, hotels, and hairdressers reopening in England. However, even if this date is confirmed today, it’s still too late for many in the industry to adequately prepare to reopen.

Emma McClarkin, Chief Executive of the British Beer & Pub Association, also see this as a key issue: “We have made it clear that 75% of the UK’s pubs will be able to reopen under one metre social distancing rules – the safe distance advised by the WHO. Only a third could reopen under two metres.”

Understanding the government and customer requirements

With the general lack of certainty and constantly changing guidelines, hospitality businesses need to both understand and adapt to new requirements as quickly as possible. While it’s important to follow the government’s guidelines, many in the hospitality sector will want to take additional steps. When asked what would have the biggest influence on their decision to eat out again, 69% of diners said safety measures taken by restaurants—compared to 50% who said safety measures enforced by the government.

It’s clear then that it’s not enough to simply follow the government guidelines. To persuade customers to return, businesses need to go beyond the requirements, demonstrating that customer safety is their top priority. 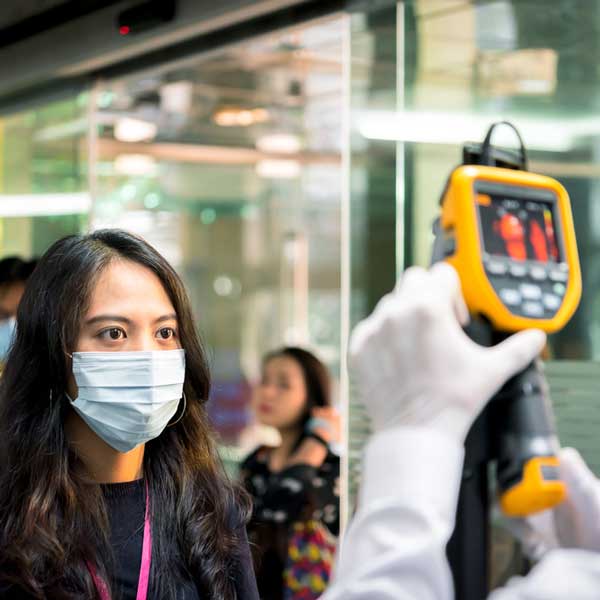 Many airports have introduced thermal screening as an important first step to identifying potential COVID carriers and potentially preventing any further spread of the disease. As a result, businesses are now adopting the same process for their premises.

With a suitable thermal camera, temperatures can be accurately taken from a distance in less than a second. If anyone is flagged with a high temperature, they can then be moved to a separate area for a short ‘cooling off’ period, to prevent false alerts, before being re-tested.

With Graphite Partners’ Thermal Screening solution, an app will maintain a detailed log of those entering the premises and provide a tailored workflow for your staff to follow.

To confirm they’re following guidelines and have sufficient capacity to allow social distancing, it’s highly likely that most hospitality-based businesses will have to track how many people are onsite at any given moment in time.

By using our app-based solution, you can not only keep track of your capacity, but you can easily keep records to confirm you’re complying with government regulations. Rather than paying someone just to tap a button though, it’s often more cost-effective to use sensors.

By using Internet of Things (IoT) footfall sensors, Graphite Partners can set up a system that allows you to see at a glance when your site is nearing maximum capacity, then automatically show a notice on digital displays to prevent more people from entering. Similarly, sensors can allow dynamic scheduling of cleaning, prompting staff to check the facilities and refill dispensers based on actual usage. 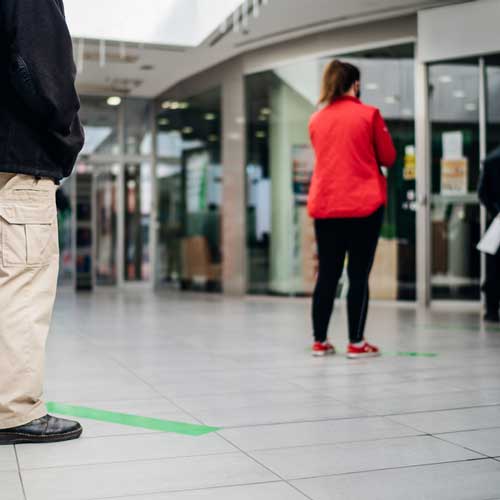 Putting in place processes that promote safety—while still allowing you to operate efficiently and profitably—is going to be critical for the hospitality industry. While that may seem daunting, it doesn’t have to be. By making use of dedicated technology, you can be confident that you’re both protecting your staff and customers while getting back to running your business.

Need help getting your hospitality or retail-based business back up and running after lockdown? Graphite Partners can implement a cost-effective solution tailored to your unique requirements. Get in touch today for a free consultation.

About the Author: Brendan Hyden

This website uses cookies to improve your experience while you navigate through the website. Out of these cookies, the cookies that are categorized as necessary are stored on your browser as they are essential for the working of basic functionalities of the website. We also use third-party cookies that help us analyze and understand how you use this website. These cookies will be stored in your browser only with your consent. You also have the option to opt-out of these cookies. But opting out of some of these cookies may have an effect on your browsing experience.
Necessary Always Enabled
Necessary cookies are absolutely essential for the website to function properly. This category only includes cookies that ensures basic functionalities and security features of the website. These cookies do not store any personal information.
Non-necessary
Any cookies that may not be particularly necessary for the website to function and is used specifically to collect user personal data via analytics, ads, other embedded contents are termed as non-necessary cookies. It is mandatory to procure user consent prior to running these cookies on your website.
SAVE & ACCEPT
Go to Top